Instead of a billion and one topics about boy/girlfriend problems and other little problems, I figured I would go ahead and make one of these.

It's in the blog forum so it seems a little friendlier. 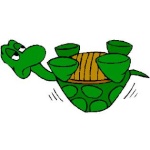 This is for a friend who I shall call Shelly(not her name, not even close x3. Nickname, don't worry) I want to help her out so yeah.

Shelly has a boyfriend, whom in the begining she liked a lot, he liked her a lot too. But, he's not the best influence since he's not a very good person to hang around with. He used to drink and all that even though we're pretty young. Then she started dating him and he stopped for her, so they've been going out for a long time now.
Then, rumors started.
He promised not to tell anyone anything about her, even if it was something nice.
He did.
So they got into a fight.
But then they got over it and everything was fine for a while.
Then they started fighting again, and it's really sad.
Just a week ago she started to talk to an old friend that she hadn't talked to since last year, thanks to me making her.
Shelly started to really like this friend who I shall call Bee. Bee turns out to be nice and sweet.
They started to both really like each other, but none crossing the border. Then Bee told her that he loved her.
She, still going out with the other guy(who I shall call PT), told Bee that she had a boyfriend.
Bee said that he didn't mind, he'd wait for her and that if she didn't have to choose if she didn't want to, and he wouldn't make her, and to forget the whole thing.
Shelly and Bee just tried to do that. Then one day PT got Shelly to tell him what happened. Then he told her to choose either him or hiself.

What should I tell her? I want to help. So far she's decided to break up with PT at the end of this school year. But, she doesn't seem 100% sure. I want to tell her that maybe she should just break(oh yeah she asked PT for a break since she thought maybe that's what they needed, but he refused and said he'd kill himself) from boys, but I don't know. Help~ D8

LoonyMoony wrote:Bee said that he didn't mind, he'd wait for her and that if she didn't have to choose if she didn't want to, and he wouldn't make her, and to forget the whole thing.

Good guy = Cares about her feelings, not his own.

LoonyMoony wrote:Then one day PT got Shelly to tell him what happened. Then he told her to choose either him or hiself.

Bad guy = Is jealous even though nothing happened, because he's too concerned with himself.

LoonyMoony wrote:(oh yeah she asked PT for a break since she thought maybe that's what they needed, but he refused and said he'd kill himself)

Proof he's all about himself = Threatens to hurt himself to get her to stay.

Do I really need to say anything?

Silly teens and their romances. . . She SHOULD break up with what's his face because she isn't happy with him. . . If this other guy makes her much happier then clearly she should go to him. . . Plain and simple logic. Tell her to stop being a dill and choose the right guy. . .And any guy that threatens suicide if a girl leaves him is being a twit and is LYING. I have had several guys do that to me and trust me, its better for her if she says "Ok, if thats what floats your boat" . . .

xD I know, Lady and Chry. But- she still cares for PT, just not like that, and she's scared something bad might happen to him. But yeah, I guess I should go tell her that -goes to the phone-
Thanks :3

We understand that she cares for him and doesn't want anything to happen, but sometimes people say things like that just to get their way. It's like throwing a temper tantrum.

Plus, if he was going to hurt himself he would do it whether or not she was there. Things like that don't just magically happen overnight because someone dumps them, it happens over a long period of time.

Hi guys :3
I have a bit of a problem, you see. My dad is rally stressed over work, and almost passed out ovr an email today. We tld him to quit or get tranferred but.. -sigh-

Kicks wrote:Hi guys :3
I have a bit of a problem, you see. My dad is rally stressed over work, and almost passed out ovr an email today. We tld him to quit or get tranferred but.. -sigh-

I doubt quitting would be a reasonable solution to his problem as it would probably stress him out even more.

When does he get a day off? Why not help him out around the house and try to get him to relax a little more when he is at home. Just coming home to a happy house with smiles is sometimes more than enough to lessen the stress from a horrible job throughout the day.

Does he take his own lunch to work? Maybe you could make him something or write him a note every day about how much you care about him. Sometimes it's the little things that matter so much.

Let him know how much he really means to you and that you don't want him to be so tired and stressed from work. Let him know you're conserned. Say what you think needs to be said.

I hope that helps.

Thanks. He has weekends off but he is constantly getting emails and stuff.